Bill Thompson is a trial lawyer with more than 29 years of experience who specializes in medical negligence cases. He has represented victims of medical malpractice and personal injury in hundreds of cases throughout Massachusetts, Rhode Island and New Hampshire. Attorney Thompson also handles product liability and wrongful death claims and has vast experience before judges and juries in all types of personal injury cases.

He has been successful in obtaining numerous multi-million dollar awards and settlements for victims of medical and other negligence, including:

Attorney Thompson is among the Massachusetts Super Lawyers appearing in Boston Magazine each year since 2009, having also been named to the Top 100 list. He is also selected for inclusion in Best Lawyers in America®, the universally regarded definitive guide to legal excellence, annually since 2011. Additionally, Thompson has the distinction of being named a "Top Lawyer" in Boston magazine's listing in 2021 and 2022.

Regularly called upon to speak to other lawyers at legal seminars, Attorney Thompson has lectured in Massachusetts and nationally to a wide audience. He is a graduate of Boston College Law School, and is admitted to practice in state and federal courts in Massachusetts, Rhode Island, New Hampshire, and Maine, as well as the First Circuit Court of Appeals. He is a member of the American Bar Association, American Association of Justice, Massachusetts Academy of Trial Attorneys, and many other legal organizations. He is a tireless advocate for his clients. 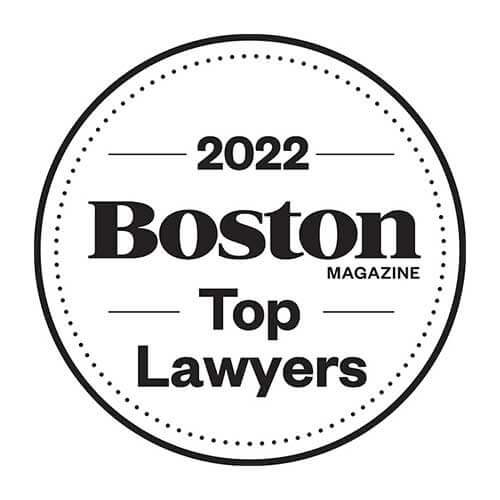