BOSTON, MA—Five plaintiff's attorneys at Lubin & Meyer PC again have been selected for inclusion in New England’s Best Lawyers® 2020 Edition, the annual peer review guide to the top lawyers in the region.

The firm's partners appear on the cover of the 2020 edition of New England's Best Lawyers, featured in The Boston Globe and Wall Street Journal on August 7, 2020, with an accompanying cover story, “Decades of Excellence,” which is reproduced in full below. 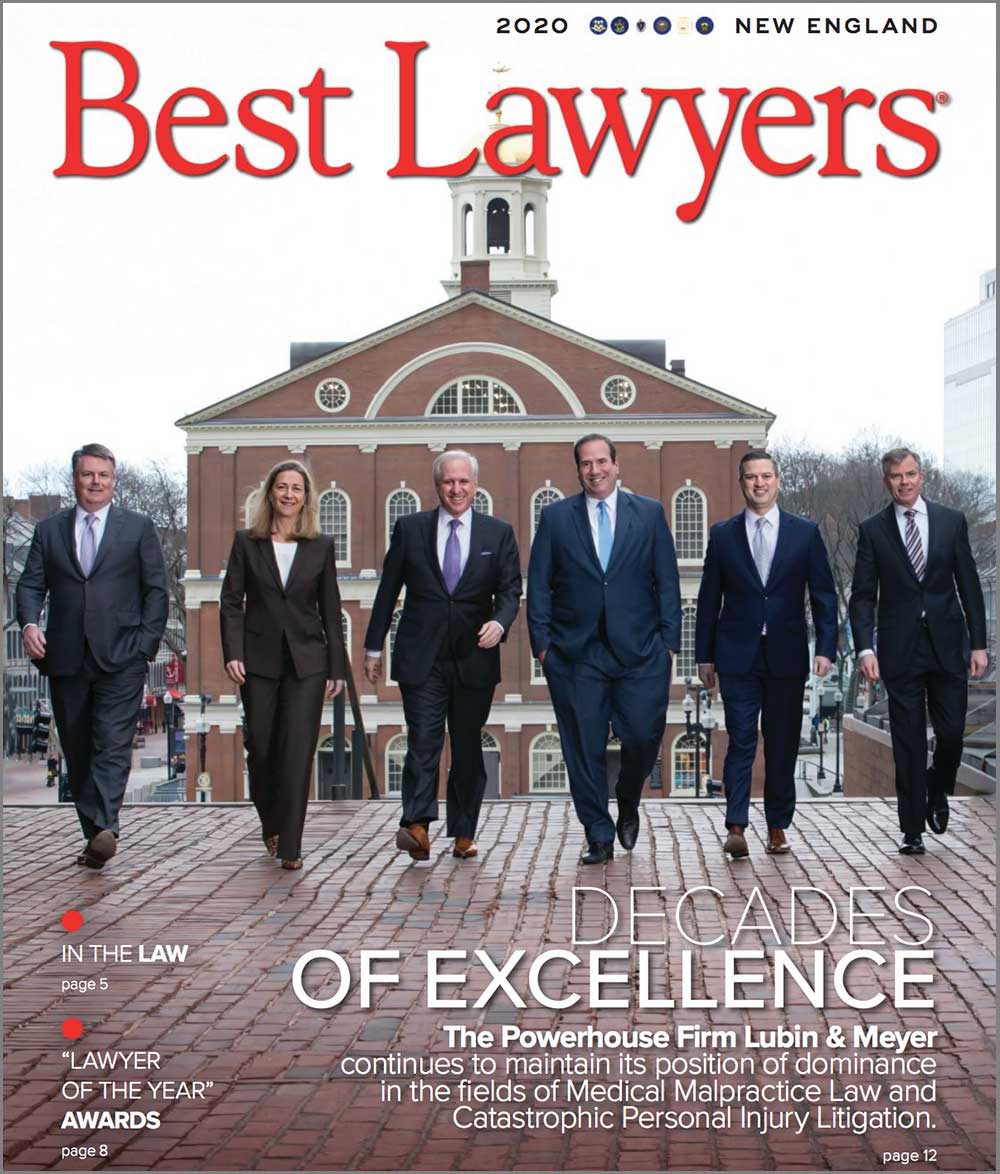 Lubin & Meyer has been featured on the cover of New England's Best Lawyers four times in the last eight years.