On October 3, 2012, the 52-year-old plaintiff presented to the Emergency Department of Cape Cod Hospital with abdominal pain. An ultrasound revealed that she had gallstones. She was seen by the defendant surgeon Robyn Sachs, M.D. and taken to the operating room for laparoscopic gallbladder removal surgery.

The plaintiff successfully proved at trial that the Dr. Robyn Sachs did not comply with the standard of care when she misidentified the structures she cut, causing severe injuries to the common bile duct, the hepatic duct and the right hepatic artery.

The plaintiff proved that the defendant’s negligence caused the plaintiff to have an unnecessary emergency reconstructive surgery, ten days of hospitalization, multiple months of recovery resulting in nine months of lost income, surgical scarring and continued discomfort and pain to this day.

At trial, the defense argued that Dr. Sachs complied with the standard of care by following the proper surgical procedure and believed that she had correctly identified the two structures that she clipped and cut. The defense further argued that the misidentification and resulting injuries are acceptable, but rare, complications of the surgery. The defense also suggested that such misidentifications of structures and resulting complications can occur without negligence. The defense further highlighted that the plaintiff has done exceptionally well following the surgeries and has not suffered any further complications.

Attorneys for the Plaintiff

The jury returned a vedict in favor of the plaintiff for $1.25 million plus interest. 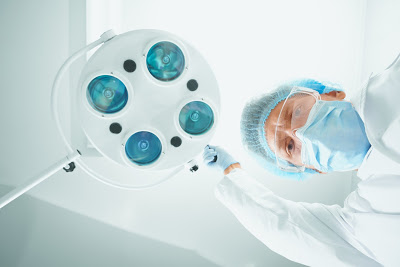 Unfortunately, if a surgeon does not properly identify the gallbladder and closely situated anatomy such as bile duct and blood vessels, there is a possibility of cutting, perforating or nicking other areas with the surgical tools while removing the gallbladder. Patients can suffer injuries to adjacent anatomy including the bile duct, hepatic duct, intestines, bowel, and blood vessels.

Gallbladder Surgery Error Death: $1M Settlement - 75-year-old woman dies after from inadvertent transection and ligation of the blood supply to her liver during an elective gallbladder removal.

Do you have questions about a possible gallbladder related medical malpractice claim?