On 10/27/13 at 11:02 a.m., the plaintiff arrived at the Emergency Department with a three-day history of severe back pain radiating down her legs. She described 10/10 pain and stated that she was unable to sit and was crying. The plaintiff was examined and admitted to the hospital.

Shortly after admission, she was examined by the defendant hospitalist. He noted that she had numbness around her rectum and had developed numbness in her thighs which had occurred while she was in the emergency department. She also told the hospitalist that she was unable to control her bladder and had wet herself while sitting in her hospital bed. Upon examination, the defendant noted that she had decreased rectal tone and sensation in her legs but she had ankle reflexes. Despite clear signs of cauda equina syndrome requiring emergent surgery, the defendant hospitalist noted in the record that he thought cauda equina syndrome was unlikely because of her intact ankle reflexes. 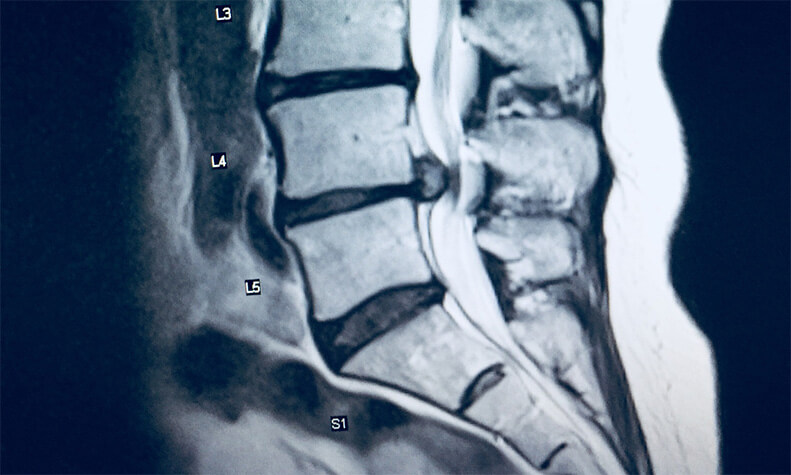 What is cauda equina syndrome?

On the morning of 10/28/13, the defendant neurosurgeon ordered an MRI but still did not see the patient. The MRI showed a disc compression on the nerve roots. Another neurosurgeon immediately examined the plaintiff and noted her history of incontinence and the MRI findings and ordered that she go to the operating room for cauda equina syndrome. During surgery a disc fragment was found to be compressing the nerves in the cauda equina area of the woman's low back.

The plaintiff suffers today with pain down her legs and continues to have episodes of urinary incontinence.

The plaintiff had a neurosurgical expert who would opine that the plaintiff should have been taken to surgery the evening of 10/27 when she had urinary incontinence. If that had occurred, it was the expert’s opinion that her permanent nerve injury would have been avoided.

The defendants were expected to present expert testimony that the care was appropriate and regardless of the timing of the surgery the plaintiff’s outcome would have been the same.

Questions about a delay in diagnosis or treatment of an urgent medical condition?

Do you have questions about a possible medical malpractice lawsuit due to injuries or death caused by a delay in diagnosing and treating cauda equina syndrome or other neurological condition?

Contact Us - There is no fee or cost to you to have your case evaluated by our medical malpractice attorneys. Call 800-866-2889 to speak with an attorney today.