On 10/7/09, the plaintiff was again seen by the defendant with complaints of rectal bleeding. He also told the defendant that he had been suffering from constipation for past 10 days, rectal burning, and abdominal pain. The defendant indicated that she thought it was the hemorrhoid causing the bleeding and burning. She indicated that the plaintiff should change his diet to deal with his constipation. No follow up appointment was scheduled and no referral was made to a gastroenterologist for a colonoscopy. 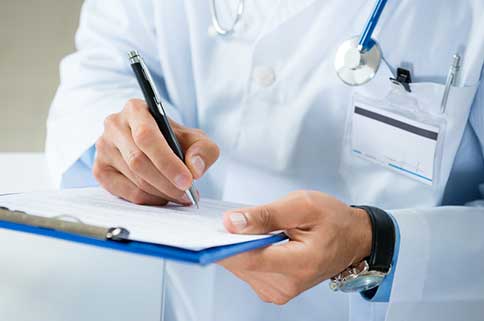 Our Colon Cancer Lawyers may be able to help you. We practice in Massachusetts, New Hampshire and Rhode Island.

On 12/6/10, the plaintiff made an appointment himself with a gastroenterologist because of continued bleeding, abdominal pain and constipation. A colonoscopy was immediately ordered to rule out colon cancer. It showed a 5 cm. ulcerated rectal mass which was determined to be cancer. The cancer spread through the muscle and around the rectal lymph nodes. The plaintiff underwent chemotherapy and surgery and was well until the end of 2013 when a cancerous tumor was found in his lung. It was surgically removed but was found to be spread from his colon cancer. The plaintiff is now Stage IV and will almost certainly die from his colon cancer.

Questions about a failure to diagnose cancer?

Do you have questions about a possible medical malpractice lawsuit due to a delay to diagnose or a failure to diagnose colorectal cancer. Let an experienced attorney evaluate the facts of your case.

Contact Us - There is no fee or cost to you to have your case evaluated by our colon cancer lawyers. Call 800-866-2889 to speak with us now.