Lubin & Meyer PC is pleased to announce that two of its attorneys, Nicholas D. Cappiello and Benjamin R. Novotny, have been named partners in the firm. 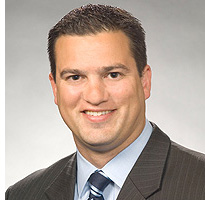 Cappiello has secured several multi-million dollar settlements for injured clients in both Massachusetts and New Hampshire, and has contributed to several record-setting jury awards, including a $13.5 million verdict for the family of a 40-year-old woman who died from an infection while undergoing cancer treatment at Dana-Farber Cancer Institute, and an $8.5 million verdict for the family of a NH man who was killed when he was run over by a tractor trailer truck.

Both Novotny and Cappiello appear in the current edition of Massachusetts Super Lawyer Rising Stars featured in Boston Magazine.

Lubin & Meyer PC, recognized nationally as one of the country’s leading medical malpractice and catastrophic personal injury law firms, has won more than $350 million in verdicts and settlements in just the past ten years. Lubin and Meyer has achieved some of the largest personal injury verdicts in state history.

Do you have questions about a possible medical malpractice or personal injury claim in NH or MA?